How tone chambers affect guitar tone depends on the different designs adopted which may vary from simple groups of holes, to wide spaces carved inside the instrument's body.

There are various types of designs that provide single tonal chambers or complex mixtures of empty spaces, aimed at varying the mass of the body, in order to increase the acoustic volume of the instrument and also the controllable sustain.

The principle on which the use of tonal chambers is based is as follows: the less and more uniform the amount of wood removed from the body, the more the instrument will maintain the timbre characteristics of the wood with which it was built, whilst acquiring lightness.

The more drastic and impactful the design and the vacuum that is created inside the body, the more it will tend to acquire volume and low frequencies, and the less importance will be given to the type of wood used for the construction of the body. (fig 2).


It follows that if we want to preserve the timbre characteristics of the wood we are using for the body as much as possible, we will try to create many small gaps (figs 1 and 3), rather than larger tonal chambers. 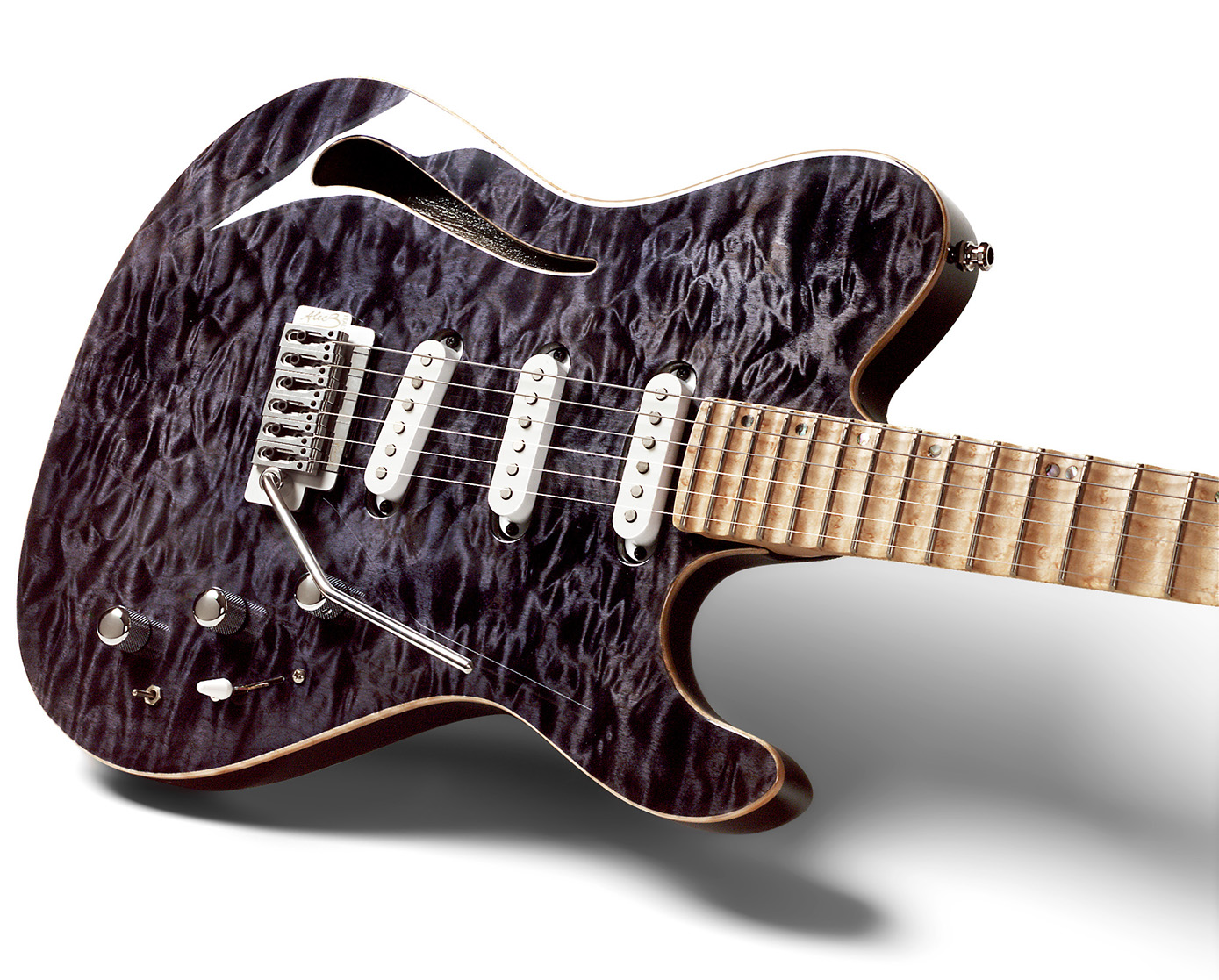 If, on the other hand, we wish to increase the volume, we will tend to use highly resonant woods (for example swamp ash), alder, basswood, and mahogany and create large tonal chambers in the instrument (fig 4), taking care not to weaken the supporting structure of the instrument and not to unbalance it.

For this reason, it is important to leave a solid central core that acts as an "extension" of the neck whose purpose is to maintain rigidity on the nut/bridge axis, and at the same time act as a support for the bridge and the pickups. 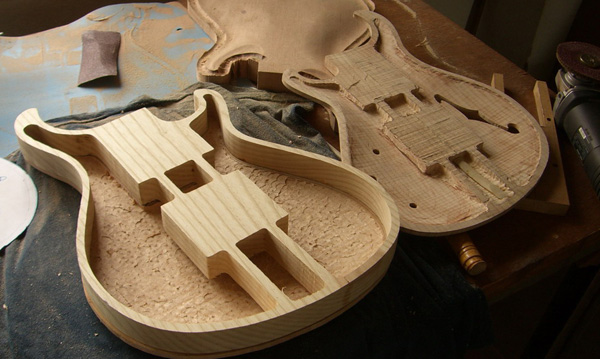 The inside of a Frudua Carved Pro.