American basswood (Tilia Americana) grows in eastern states of the USA and in Canada and it's a very resonant wood weighing around 420Kg/mt3 when well seasoned and cut.


The European species (Tilia vulgaris) is less used in electric guitar construction due to the reduced size of the tree that forces the use of more pieces, and also due to its higher density and weight.


Basswood has almost no grain and this makes it more suitable to solid colours rather than transparent shades.

A soft and relatively affordable wood, basswood is also used on very expensive instruments, while on cheaper mass produced ones it has been recently replaced by birch and poplar.

Basswood tone is neutral with a good punchy harmonically rich response on the low end which perfectly fits with maple contoured tops of various thickness. 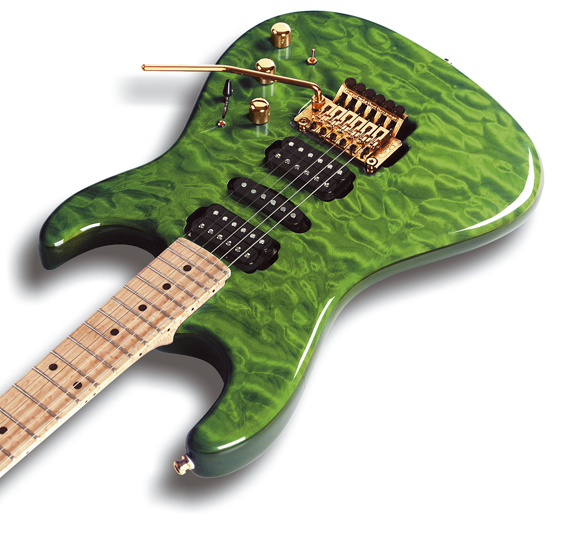