Both the timbre and feel of a string are greatly influenced by the material and the way it is crafted.


An acoustic guitar string does not need any particular magnetic property and is wrapped in bronze, which is a highly resonant material (bells are made of it, for instance). Bass or guitar strings, however, are made from a steel core with a hexagonal section around which precise numerically controlled machines wrap multiple coils of steel or nickel-plated steel.


Normally, the harder the material used, the more brilliant the sound of the string will be, the rougher it will feel to the finger tips and the faster it will wear the fret.

There are at least 3 main winding techniques used for strings (the difference between the various types of string is in the profile of the winding):


The difference in the above types of strings consists in the profile (section) of the external winding.


WHAT MAKES A STRING HARDER OR SOFTER?

As the diameter increases, the string becomes less elastic and more rigid. For this reason, it is almost impossible to find straight strings with a diameter greater than SOL 0.18.

That's why, as the diameter increases and faced with the need for a heavier note, winding is used, which makes the string more elastic and able to vibrate.

A wound string is composed of a central "core", straight or hexagonal, on which various steel coils are wound, plated with bronze or nickel depending on whether they are strings for acoustic or electrical instruments.

It is possible to vary the rigidness of a string by varying the diameter of the inner core or even by varying its cross-section shape (round or hexagonal).

For example, a hexagonal section guarantees the same total string diameter with less influence than the material with which the "core" is composed and consequently greater flexibility for the same diameter.

The effect of the hexagonal section also increases the brilliance, due to the empty spaces made between the core and the windings. 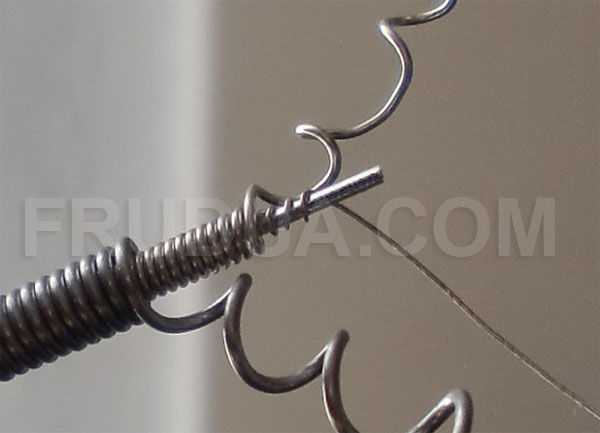 The internal structure of a bass string. Note the exagonal section of the core.


A string made with a coating wire with a larger diameter than the inner wire’s will normally be brighter and more flexible.

Conversely, a string made from a smaller coating wire and a larger core will offer more sustain, higher volume and durability.

Because of the structure of its windings, a flat wound string will be less elastic than a round wound string.