The word "swamp" does not refer to a species of wood but actually to a "zone" where ash grows. There are different ways to describe what is actually the same tree, which by growing in different areas of the USA (north or center or south) develops almost totally different characteristics.


So we have "red ash" also known as "pumpkin ash" (fraxinux prufunda) which is what we guitar makers call "swamp ash", a tree growing in the swamp areas of Mississippi and Alabama, and other heavier species such as green ash (Fraxinus Pennsylvanica, "white ash", Black Ash (Fraxinus Nigra), which are more common in the centre and in the north of the country. 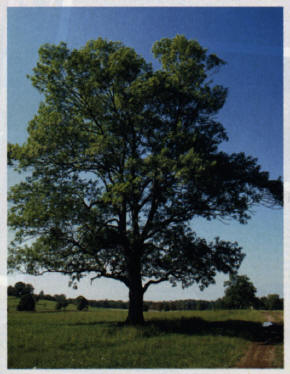 
All the above are actually names which are given to the same tree to distinguish the very different characteristics (weight, colour, density) the tree develops by growing in different areas and environmental conditions.

So is it the place where it grows that makes "swamp" ash so light? Possibly, but not only. Also, how and where the woodworker cuts the blank from the tree has an importance.

CUTS: Everything else being the same, a cut in the upper part of the tree will result in a heavier blank of wood. Conversely, a piece of wood obtained from the lower part of the tree will be lighter. The rule here is that: the further north the ash tree grows, and the higher and the more internal the cut into the tree, the heavier the wood will be, and vice versa. 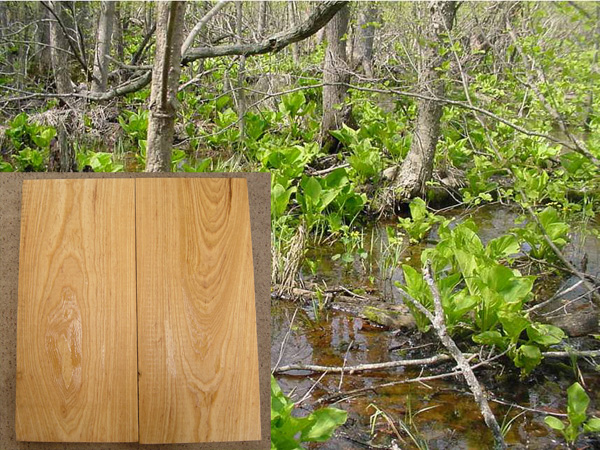 
Low cuts of heavy ash may weigh as much as upper cuts of swamp ash, and very external and low cuts of swamp ash may be so light that they weigh similar to basswood or even less and this is the reason for the great confusion there is on this subject.

Tone wise, a light weighing piece of ash will deliver almost the same tone, both if either taken from a hard ash tree or a swamp ash tree. European hard ash tends to a pink shade and to have a closer grain pattern. This is due to the tree being smaller in diameter than the one growing in the USA. This also causes European ash to more often show some brown strikes because of the hardwood getting into the cut.

COST Being swamp ash, a rather small tree, and being the most sought after blanks cut from the outer and lower part of the tree, swamp ash ends up being a pretty expensive wood.

LOOK, STIFFNESS, STABILITY. Concerning stiffness and stability, swamp ash is less stable and stiff than hard ash and for this reason is not used for neck construction, while it's most used for guitar and bass bodies where its warm and resonant tone helps improve the instrument's overall tone.